Documents showing how the Empire plans to overthrow Putin

This information was posted on an anonymous blog Drakula’s blog: http://drakulablog.com/2015/04/01/west-and-ukraine-against-putin-and-his-politicians/.  It looks very credible to me.  Just take a look here for comparison purposes.

Today I’ve got docs on Russia and Ukraine for you. The West got used to solving its problems using someone else to do the dirty work. Putin’s regime is an eyesore for the U.S., UK and NATO. Regardless whether it’s good or bad (everyone has his own opinion) Russia opposes the unipolar world order and western values exclusiveness. The West has a simple solution; it just needs to overthrow Putin and his close companions.

The West can’t do it openly and directly. Russia isn’t Yugoslavia, or Libya, or Iraq. That’s why they are acting via Ukraine which is undergoing dramatical changes now. Though they are using the old methods of ideological warfare, discredit of leaders, and society values erosion.

The attached docs show that NATO and the U.S. and UK military advisors are acting in Ukraine. Non-governmental organizations are working there under the auspices of the Western and Ukrainian special services.

For instance, here’s a NATO doc testifying that the popularity of the Russian leaders among the population of the Southern and Eastern regions is a challenge for Ukraine. 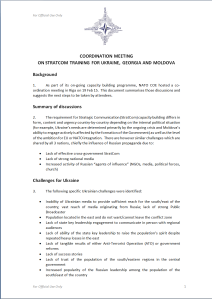 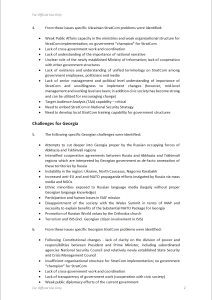 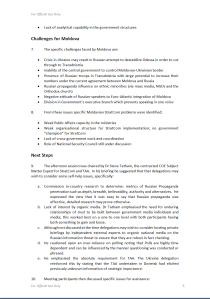 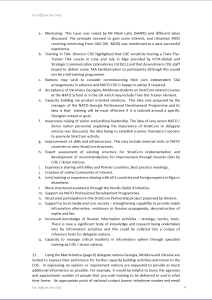 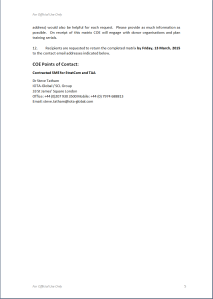 The Ukrainian non-governmental organizations mention the same issue in their docs drawn up to win the grant from the UK government. 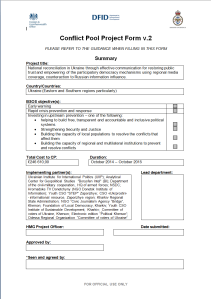 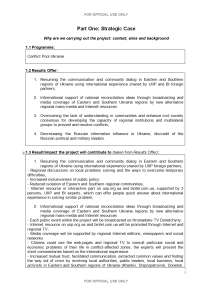 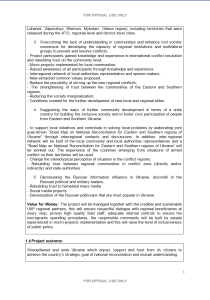 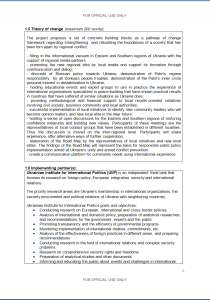 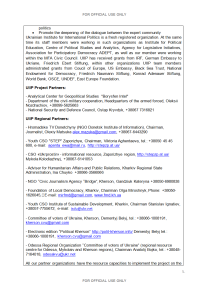 The Russian leaders such as Putin, Lavrov, Shoigu, etc. should be put under constant pressure. As you can see this task is included in the Free Donbass and Free Russia PSYOPs designed by the Ukrainian special services. 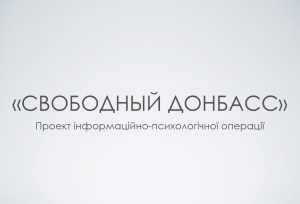 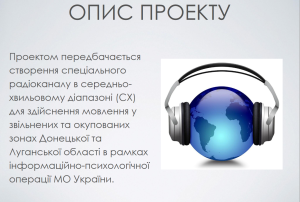 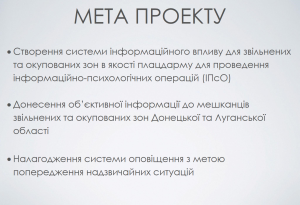 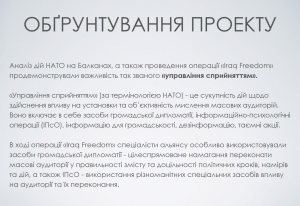 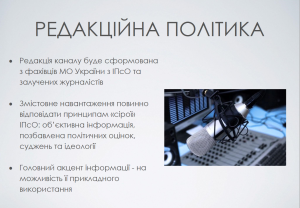 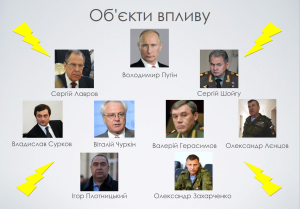 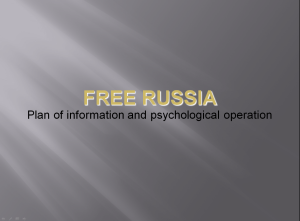 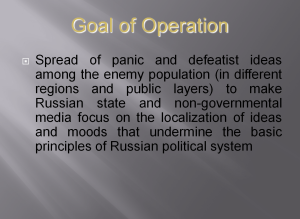 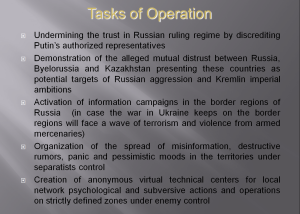 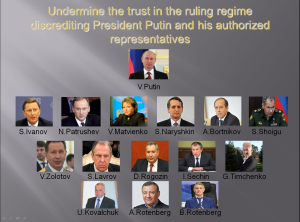 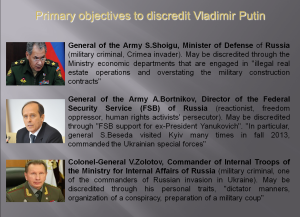 The later clearly defines primary targets for the information attack. These people are obviously those legs bearing Putin’s throne. And as I see it that will be perfect if the Russian President knock them out by himself.

So they plan to compromise defense minister Shoigu, who is extremely popular in Russia, through facilities management and economic activity of his subordinates as well as through corruption cases revealed by the defense ministry itself. Bortnikov, the head of the secret police, can be blamed for failing to preserve Yanukovich regime in Ukraine. And general Zolotov, the Russian National Guard commander, is to be presented before Putin as a dangerous successor, potential dictator and accuse him of military coup attempts.

Since Russia and Ukraine still have common media space the idea is that Russian liberal media and opposition should take on spreading all info in the net and press created by the Ukrainian and Western secret services. The leading Western mass media are to cover this info as well.

I don’t doubt that the West will initiate color revolution processes in Russia through Ukraine sooner or later.