This week’s China Sitrep is by Godfree Roberts and went viral across the resistance sites.

Amidst global gloom, 2021 was the best year in modern Chinese history. Here’s what they accomplished: 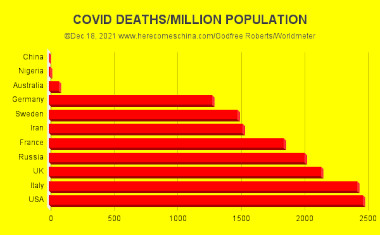 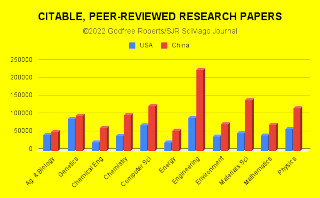 Expect China to maintain this pace through 2022 by launching, among other things, the first, greenfield, automated, 21st century city for six million knowledge workers. With 70% woods and lakes, the loudest sound will be birdsongs.

Aaah! Do you mean *that* Olympics Diplomatic Boycott? The one that threatened but did not deliver?

China receives visa applications of US officials to attend Beijing 2022

China will process these visas based on a reciprocity principle, according to Foreign Minister Wang Yi.

Li Haidong, a professor at the Institute of International Relations of the China Foreign Affairs University, told the Global Times on Monday that the Biden administration took the lead in fooling hardcore US followers in not sending government officials to Beijing for the Games.
After they followed suit in making similar announcements, the US took a sharp turn therefore this behavior is a slap in the face and will catch US allies off guard.  https://www.globaltimes.cn/page/202112/1243473.shtml

Bumper Satellites.  What is Elon Musk playing at?

Elon Musk and Starlink Satellites are playing Bump the Chinese Space Station (bumper cars must be are so previous century! my dear.  We now have bumper satellites.)

In May 2021, China launched Tianhe, the first of the orbiting space station’s three modules, and the country aims to finish building the station by the end of 2022. https://www.space.com/tiangong-space-station

Satellites from Starlink Internet Services, had two “close encounters” with the Chinese space station, according to a document submitted to the UN Space Agency.

China complained to the UN in a diplomatic note, its space station had to take evasive action to avoid collision with satellites launched by the billionaire’s Starlink program. (SCMP)

China handed a Note verbale dated 3 December 2021 to the United Nations (Vienna) addressed to the Secretary-General. This details how the space station had to carry out emergency evasive maneuvers on two occasions.