First, here is a machine translation of a summary of developments by Boris Rozhin:

1. The standard positional war with shelling continued on the front line today. The UAF recognized 2 dead and 4 wounded in a day. They also showed a staged race of the head of the Ministry of Internal Affairs of Ukraine against the background of artillery shelling. The frontline settlements of the DPR and LPR were subjected to mortar and artillery fire. The response to the Ukrainian shelling is now being given in an adult way, without any sentimentality, which is good.

2. The evacuation of civilians from the DPR and LPR to Russia continues. Already 11 regions have announced their readiness to temporarily accept residents of Donbass on their territory. The Ministry of Emergency Situations of the Russian Federation conducts organizational measures for the accommodation of refugees. So far, the evacuation is far in size until the spring-summer of 2014, but in the event of the outbreak of intense hostilities, the flow of refugees will be very significant and the strain on the social security of the Russian regions hosting refugees will be serious.

3. Zelensky rushed to Munich, where he said that “the separators have gone mad and are firing at themselves,” began begging for money and weapons and tried with all his might to inflate his importance, although it initially looked pathetic and worthless. Zelensky’s demands for a meeting with Putin will obviously lead to nothing – Pushilin might as well have started demanding a meeting with Biden in Novoazovsk. Neither one nor the other solves anything at the strategic level anyway, and there is a deadlock in the negotiations between the United States and the Russian Federation on Ukraine and security guarantees. Therefore, all the chatter about negotiations with Ukraine now has near-zero value. The exchange of “answers” between the United States and the Russian Federation showed irremediable contradictions that cannot be resolved within the framework of the existing world order.

4. Russia continues to face various sanctions, including a ban on Russian oligarchs to travel to London. This is not a threat at all, but a bonus attached to the defeat of the APU. Also, some Europeans make it clear by all means that sanctions are sanctions, of course, but they should not touch gas, because the dependence on gas is too great, especially in winter. Gazprom phlegmatically reported that gas reserves in storage facilities in Europe have reached a historic low. Sanctions against the Russian Federation will certainly be imposed, one way or another. Therefore, it is unlikely that this issue will somehow affect certain decisions related to Ukraine. The process of imposing sanctions has long entered the saturation stage. Moreover, further sanctions will lead to further fragmentation of the global financial and economic system, destroying the remnants of the globalist project.

5. The United States continues to play the hurdy-gurdy about the inevitability of an attack, and Blinkin demanded evidence from Russia that it does not want the restoration of the USSR and the Finlandization of Ukraine. “Russia must…” Of course, our anti-Soviet authorities are not going to create any USSR, but in the West this scarecrow is the subject of holy faith. As for the Finlandization of Ukraine, it is just in the West that they mostly talk about it, mainly various Europeans who do not smile at the prospect of a war that the Americans are fomenting.

6. Germany and Austria urge their citizens to get out of Ukraine as soon as possible. Lufthansa stops flights to Ukraine from Monday (the last flights on the weekend). Also, the NATO office was closed in Kiev. Some of the staff has left for Lviv, the rest are being taken to Brussels.

7. Suddenly there was a document with commitments not to expand NATO to the east. And they told me for so long that they only promised verbally, but not in writing. But of course, even in this case, they will say that these obligations were given to the USSR, and since there is no USSR, then the obligations do not count. This is again to the question of the value of papers and obligations in the modern world.

8. The Russian Federation held exercises of strategic nuclear forces today, launching various missiles. In any case, playing with a nuclear baton will not be superfluous in order to preserve the cause of global peace even in the event of intense hostilities in Ukraine. The time of the Caribbean crisis 2.0 has not yet come. But it is approaching – in the conditions of the destruction of the previous nuclear security architecture, a new crisis that will lead to the emergence of new rules of nuclear coexistence is inevitable. The crisis is inevitable precisely because diplomatic methods of developing such rules do not yield results, since the United States does not consider the Russian Federation an equal party to the negotiations, whose position must be taken into account. Exactly for the same reasons, there is a crisis in Ukraine, as an integral part of the crisis generated by the expansion of NATO in Eastern Europe.

Next, I decided to share a few videos with you.  They are all in Russian, but they are also self-explanatory.  Please check out these videos, especially showing what kind of weapons systems Russia will use to obliterate the Ukie forces should they chose to cross the LOC.

Evacuation of civilians from the LDNR:

Here is what the Russian armed forces have been up to:

Here is what this looks like on the receiving end:

Next, here is what a strike by the TOS-1A heavy flamethrower system looks like:

and if that is not enough and the West is dead set on actually taking the fight to Russia, here is what the Russians were doing today (checking their strategic deterrence – nuclear and conventional – capabilities):

Now some news from the “civilized West”:

Next, the German Chancellor declared on TV that it was “laughable” to speak of a genocide in the Donbass.

Coming from a German leader, this was especially “warmly” received in the Donbass and in Russia!

Lastly, and as always, I invite you to check out Andrei Martyano’v latest:

That’s it for today on my end.  It is almost midnight in Moscow and I will try to take a few hours off.

PS: duno if it is because they are clueless or stupid, but the Ukros managed to fire two missiles inside Russia (right across the border, so it is more likely a testimony to how advanced Ukie reconnaissance-strike capabilities really are.  Here is a photo from the scene: 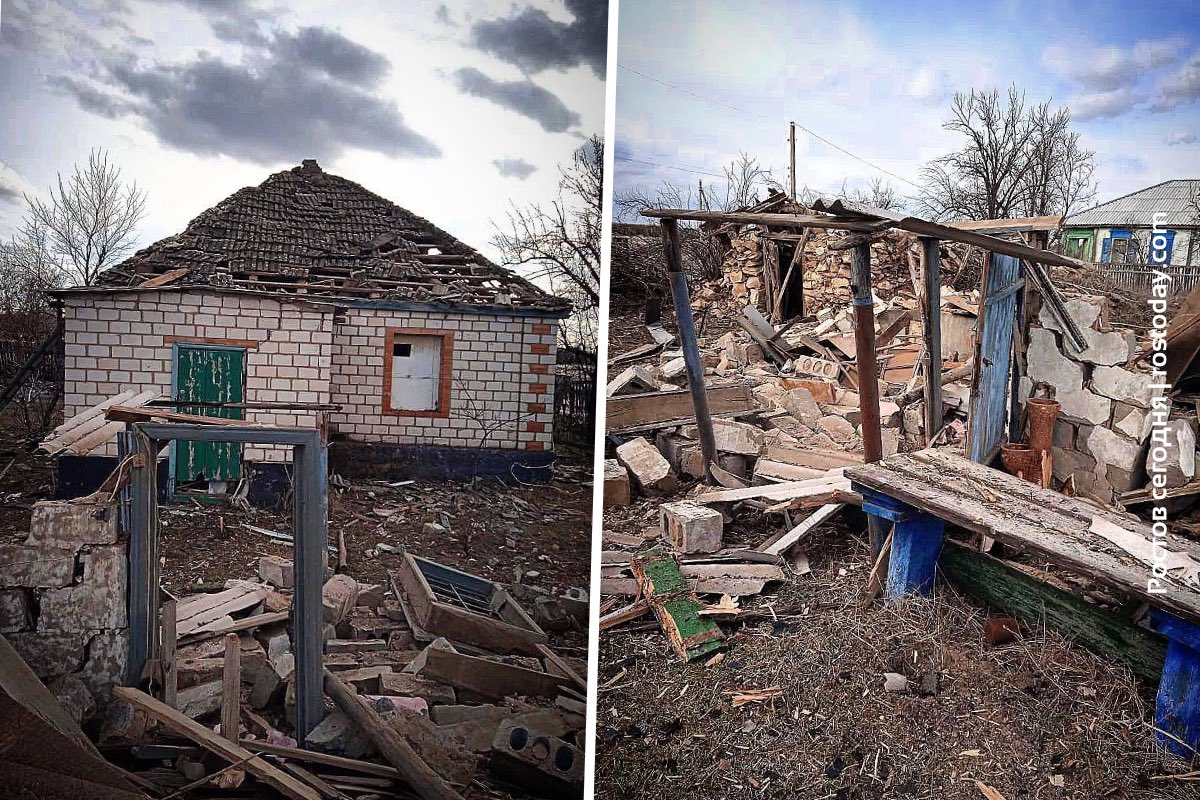