Dear friend, Today I am starting a new kind of post – a short news update.  This is not an open thread where everybody shares all the latest information during a crisis, nor is it a full analysis.  In this new category, I plan to include several small news which are relevant to what was discussed in the past or factoids/developments which might be discussed in a full analysis in

More short news items, a few comments and a quote by Felix Derzhinsky

Elections in Russia: the turnout was good, the result a crushing victory for Putin’s party.  There is exactly zero signs of a “Russian Maidan”.  The popularity of Putin is as high as ever and much, much higher than the popularity of any western leader.  The Putin-bashers everywhere have clearly failed to even have a marginal impact.Fall session of the Duma: all the party leaders spoke and all agree that harboring

A couple of short news items

Dear friends,I couple of short ones today.First, according to the EU Parliament member Wolfgang Gerke (sp?) the EU is debating making a list of Russian journalists to be barred from entering the EU.  Banderastan already has such a black list with 35 names.  So much for “democratic” and “European” “free speech” values.  The Russian press is openly laughing. Feel the love! Second, those who had any doubts about where the

Dear friends,I have heard the news that Igor Strelkov has been found dead, apparently hanged.  A lot of you have emailed me.  While I cannot prove a negative, so far NOT A SINGLE RUSSIAN OR NOVORUSSIAN SOURCE HAS CONFIRMED THIS including his friend el-Miurid.  So I suggest that we take a deep breath, say a prayer, and wait before coming to conclusionsAlso, I am working on my analysis and I

One more thing about the ceasefire (last post of the day)

Today I have posted exceptionally many articles. I try to get the to you, the readers, as fast as I can, but some might have been annoyed by the intensity of this deluge. If that is your case, please accept my apologies: there is just so much going on and to cover that waiting just does not seem to make sense to me. In conclusion to this hectic day, I

Not confirmed, but maybe?! (+ open thread)

Dear friends,I just decided to quickly drop by to let you know that the reports out of Novorussia are nothing short of incredible.  Okay, this is not, repeat, *NOT* confirmed, but sources are reporting that Novorussian forces have bypassed Mariupol from the north and have entered the Zaporozhie region!  I find this hard to believe, but some sources indicate that there is an offensive on Berdiansk.  If true, this is

And a few more pointers from the Saker

Well, I am still running around, but while in the car I watched some rather interesting shows on Russian TV including one called “Politics with Peter Tolstoi” who had a bunch of interesting guests talking about the issue of MH17 shot down over Novorussia.  Here again, I got very little time, are some bullet-points of some of what they said:1) MH17 was most likely not shot down by a Buk

Over the past couple of hours it was it was interesting to observe the reactions to the Russian decision to be read to use military force in the Ukraine.  Let’s take them one by oneObama and Kerry: frankly, I did not expect much, by I still was baffled by how out of touch the White House is with the real world.  To deter Putin from using armed force, the White

Dear friends,Thanks for all your replies to my latest post.  I will join the discussion later today.  Right now, just a few short “bullet style” news updates The Russian Duma delegation has abandoned its plans to travel to the US to speak with US Congressmen after House Speaker John Boehner refused to meet with them. Russian military sources indicate that the main threat to Damascus will come from cruise missiles 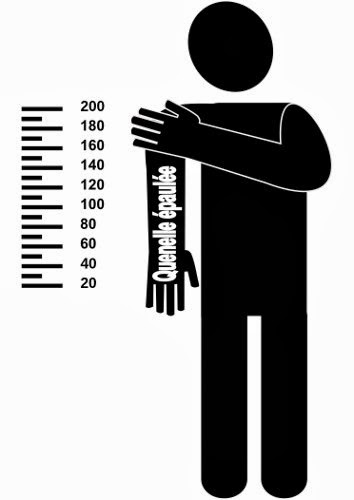 No to Internet censorship!

These I do recommend: 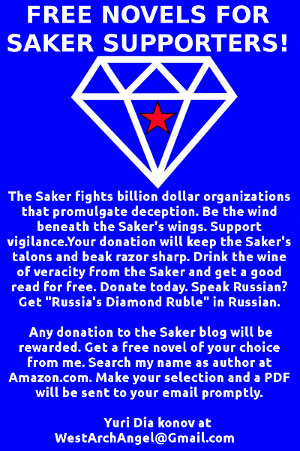 e-book in *PDF* format - not paperback!